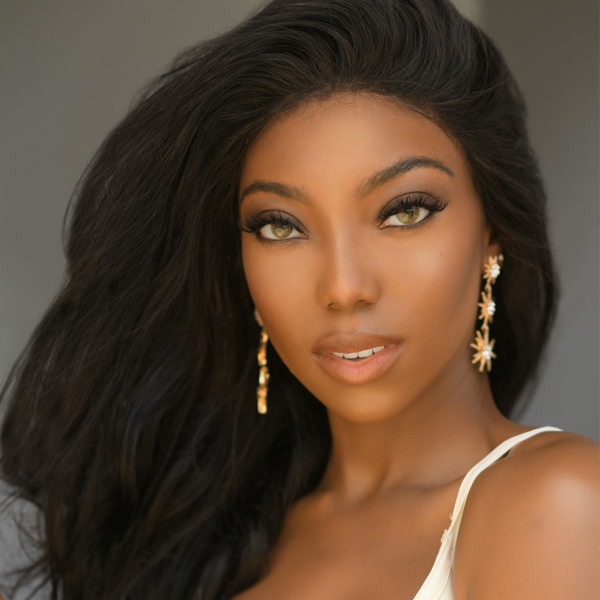 Gabriella Deyi is 27 years old and is a television broadcast journalist and personality in Madison, Wisconsin. Before pursuing her dreams of becoming a journalist, Gabby was a research scientist. She received her undergraduate degree in the sciences and immediately pursued graduate work after graduation. After a year in labs and seminars, she realized her mind was not at peace and she was not genuinely happy with the path she had taken. She immediately left her graduate program and job to pursue what she wanted to do since she was a little girl. She has not looked back since. She consistently reminds people that,” If you do what you love, you will never work a day in your life”. Helping people to tell the stories of their lives with confidence is what Gabby lives for.

During her year, Gabby wants to focus on mental health awareness and breaking down the stigma that comes with it. Her mother struggles with Bipolar 1 disorder and her younger brother battles with clinical depression. She has learned so much from being the daughter and sister of someone that deals with mental illness but acknowledges that she is not alone on this journey. She knows that there are many people around the world who live the same reality but are too afraid to tell their story or seek help and treatment for fear of judgment. She wants to be a voice for those who feel voiceless and credits a lot of her strength to do that, to her father. She says " Grit is the best quality a person can have. And my father is the grittiest person I know". She is passionate about prioritizing and preserving her own mental health and is always encouraging others to do the same. She wants to be a part of anything she can; that will spread hope when it comes to washing away the ‘embarrassment’ that comes with mental illness.

Gabriella is proud to be a first-generation American - both of her parents are immigrants, speaks Spanish fluently, and loves to travel- she has been to 45 countries so far. She is a competitively trained figure skater, loves bowling, and is a self-taught indoor rock climber. She has also won several buffalo wing eating contests!

Gabby won Miss Wisconsin USA on her last year of eligibility and wants all the girls and women competing in pageants to know that they “ ....should never give up - no matter how many times you are told NO - because all you really need is one YES!”.